FuseFX is an award-winning visual effect studio with a flagship facility in Los Angeles and outposts in New York and Vancouver. The 100+ member team juggles over 30 television episodics a season, while also working on features and commercials. Current credits include: FOX’s Empire, ABC’s Agents of SHIELD, AMC’s The Walking Dead, SyFy’s The Magicians, CBS’s Zoo, and FX’s American Horror Story.

We recently sat down with Brigitte Bourque, Digital Effects Supervisor and a 20 year industry vet, to learn more about the work FuseFX does and how mocha fits into their pipeline.

IS: What’s your role at FuseFX? 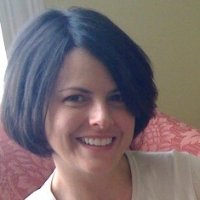 Brigitte: As Effects Supervisor, my role is to ensure my shows are organized to maximize time and quality of work for our clients. I work closely with producers to manage and plan out courses of action depending on what the work requires to hit our deadlines. That can take a lot of planning, foresight and sometimes preemptive measures if things don’t go as smoothly as you’d hoped.

IS: You work on both television series and films. What’s the biggest difference between the two?

Brigitte: There are interesting differences and similarities between working in film versus television. The two outlets are merging in the level of difficulty and time schedules. Television has become very sophisticated over the past decade. Many companies have gotten into the field of creating original content: from the cable channels that we are familiar with, to newer players such as Netflix and Amazon. The shows are high quality and are gaining huge viewership. The problem for us is that they have tight turnarounds while demanding this higher level production value. At the same time, I’ve noticed the film work we do now demands a turnaround that you might typically associate with a television schedule – with the added burden of having more temp screenings. One thing both television and feature share is that our clients expect us to provide top value for their budgets. That is what FuseFX excels at.

IS: How does mocha come into play with time constraints?

Since time is of the essence in all of our jobs, mocha is an essential tool in our production pipeline. The compositor is the steward of the work we are entrusted with. That means getting the work out on time and on budget. Every one of our compositors uses mocha Pro to help make that happen.

Brigitte: We are constantly transferring data between mocha and Nuke – to the point where it is hard imagining having one without the other. Despite the difference in their effects, the similarity of shows like Zoo, The Walking Dead, and Empire, is time. Having tools like mocha working in tandem with Nuke pays dividends in time.  This is of enormous benefit to both ourselves and our clients.

IS: FuseFX works on a wide variety of TV series. What areas do you commonly use mocha for?

Brigitte: We rely on mocha Pro for shows which contain mostly “invisible” effects such as green screen background replacement and monitor inserts where you hope the end result is one that the viewer doesn’t even notice has been done. On shows such as Empire, some of the VFX work is just as demanding as our other shows where the effects are front and center such as The Walking Dead. You want everyone to assume Lucious is standing fifty floors over New York City; that they are at the New York Stock Exchange; that all those flashy background monitors just happened to be playing perfectly in sync; and that there really were fifty thousand people at the concert.

On Black Sails I used mocha to do everything from tracking in double-imaged spyglass reflections to extensively modifying moving shorelines and tracking in backgrounds complete with multiple levels of parallax. My team does a lot of driving comps. mocha lets us stabilize and track in backgrounds quickly. We also use it to corner-pin in dirt passes, wiper marks and reflections to the windshields. mocha gives us, and our clients, a great deal of control over the final look of the shots.

Of course, they aren’t all “invisible effects”. We are responsible for a lot of “blood effects” since dressing characters with practical blood and gore is messy and time consuming to do on set. For instance, I apply bullet wounds which can move with the organic surfaces of the unfortunate gunshot victims. The ability to seamlessly match-move these onto the characters is crucial to achieving these very graphic and gory story points.

On shows like Zoo I assume most viewers know the birds aren’t really attacking innocent bystanders and that actors aren’t really sacrificed by elephants.

IS: Speaking of Zoo…the second season is airing on CBS right now. Any examples of how mocha is used?

Brigitte: On a recent episode of Zoo our excellent group of cg artists created an elephant that gives chase to our shows’ protagonists. As the deadline was closing in, there was a request to change the timing of tranquilizing darts hitting the charging elephant. Using mocha, this last minute change was a simple fix. Tracking the undulating surface of a running elephant, I was able to track on patches of skin. We could change the timing without sending the entire shot back to animation and lighting. Instead of adding an extra day to the schedule, we did it in 20 minutes! mocha saved us from going over budget and saved the unwitting client a potential overage. This simple example is played out on all our shows.

Read part 2 of our feature on FuseFX – an interview with Eric Hayden, Visual Effects & Compositing Supervisor.