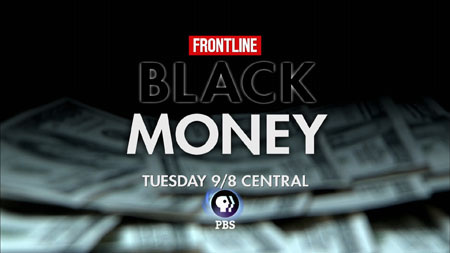 Since 1983, FRONTLINE has served as American public television's flagship public affairs series. Hailed upon its debut on PBS as "the last best hope for broadcast documentaries," FRONTLINE's stature over 27 seasons is reaffirmed each week through incisive documentaries covering the scope and complexity of the human experience.

The responsibility for creating FRONTLINE's promos and packaging materials falls to John MacGibbon, winner of two national Emmy awards in the last two years and a recent nominee for two additional Emmys, and writer/producer Missy Frederick. John has worked with Boris FX products since his days at ZOOM, a children's show also produced by WGBH. He exclusively relies on Boris RED for all of his titling and graphics work. John also uses Boris Continuum Complete in his work on the series packaging and promos; he makes extensive use of BCC Film Grain, BCC DeNoise, BCC Lens Flare, and BCC's color and blur effects. These products help him create imagery that matches the program's cutting-edge journalism. 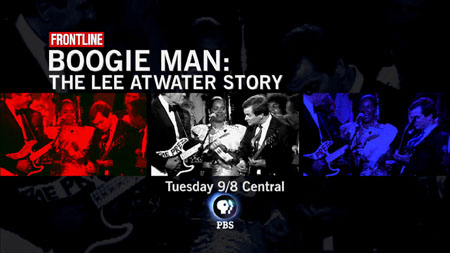 “I’ve been using Boris RED since Version 1.0.  I quickly found that not only could I use it to do 3D moves, but that it would do better compositing than the Avid,” comments MacGibbon.  “I had worked in other compositing applications, but I really liked the RED interface; it was more intuitive and less sterile.  I quickly became proficient with RED and took it with me to FRONTLINE.  Nearly a decade later, I’m still using RED and Boris Continuum Complete almost every day.”

The flexible workflow of Boris RED and Boris Continuum Complete AVX easily fits into OutPost's collaborative environment. MacGibbon uses RED as both a plug-in and as a standalone application. When creating complex transitions in the Avid timeline, he uses RED as a plug-in. While some effects require timeline video, multi-layered composites and complex title animations are more efficiently produced with RED on a separate graphics workstation. This allows editing to continue on the Symphony systems while RED renders out to QuickTime. The cross-platform Boris RED KeyFramer means that John can also experiment with offline effects at home. In addition, Boris Continuum Complete and Boris RED's cross-platform presets make collaboration and conforming a breeze - including across host applications.

John is responsible for both offlining and onlining his work. Both Boris RED and Boris Continuum Complete easily allow you to simply batch render once the high resolution video is online. This lets John focus on creative tasks rather than I/O and data compatibility issues. Virtually all FRONTLINE programming is originated and posted in HD for PBS HD distribution.

MacGibbon concludes, "Everything I do has Boris written all over it. Boris FX makes great visual effects software that has aided my career over the past decade. The tools are indispensable and the level of control, quality, and ease-of-use is unsurpassed."