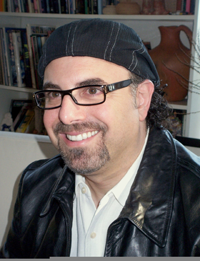 David Helfand is an Emmy-winning film editor. He started his editing career cutting promo reels, commercials, music videos, and documentaries for a small production company in Los Angeles. His first editing break came on the acclaimed HBO series "Dream On," for which he earned a CableAce Award and three nominations during its five year run. His next editing job came with NBC's "Friends," which he also produced. In 1998, he received editing and writing Emmys for a news feature chronicling his father's return to Poland 50 years after leaving Auschwitz. The majority of his projects have been comedy series, including "That 70s Show," for which he received an Emmy nomination, and more recently "Weeds," for which he has been twice Emmy nominated. Helfand edits using Avid Media Composer and has made extensive use of Boris Continuum Complete plug-ins on “Weeds”.

“I have edited Weeds since its inception and I am a big fan of Boris Continuum Complete,” comments Helfand. “I've used BCC effects to temp out a number of big VFX scenes over the years - including the fire generator for the inferno in Weeds’ season three finale.” 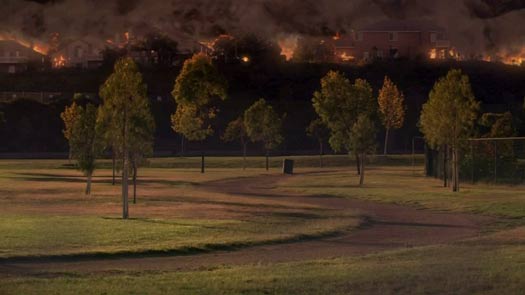 Helfand continues, “The director had a series of shots that were to be treated with fire, showing how the characters abandoned the town as it burned to the ground. In the course of my editor’s cut, it occurred to me to end the episode with a reverse version of our well-known ‘Little Houses’ main title which featured satirical shots of carbon copy characters in idyllic suburbia. Using back plates of the shots without people, I added BCC Fire to set the main title (and the cute little dog) on fire; it not only burned the town down but brought a symbolic close to that part of the story. It went beyond what the producers had originally conceived, but when I screened it for them, they loved the idea, and it stayed with the episode.” 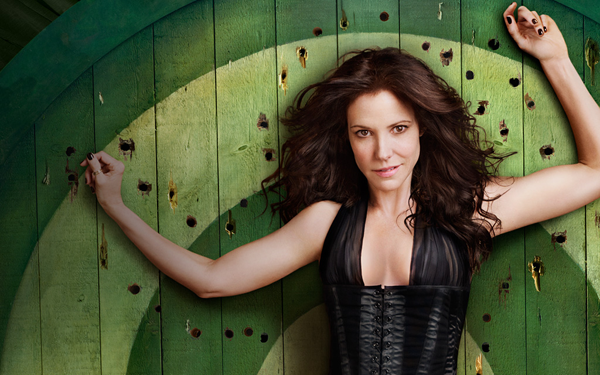 While Helfand uses Boris Continuum Complete with Media Composer, he appreciates that offline BCC effects conform completely in Avid DS – with all animated parameters correctly set. He states, “Visually, we are mostly a straightforward show, but there are probably more VFX involved than people realize. When they are called for, we don’t have the time in our schedule for the typical back and forth process of compositing and approvals. I’m not a VFX artist, but I find it very helpful to be able to composite reasonable mock ups in my cuts that lay out the proper timing and content from the get go, eliminating extensive modifications."

"For the eighth and final season premiere which aired on July 1st, I used BCC Lens Flare, BCC Rays Puffy, and BCC Temporal Blur to design lens flare, sunlight, and motion effects in SD that were duplicated perfectly and automatically in HD on Avid DS. We had a very tight turnaround and I was pleasantly surprised that I could lock a precise look in SD without the need for hours of high cost HD adjustments on another VFX platform. Besides the big cost savings for post, it was creatively very reassuring for the producers.”