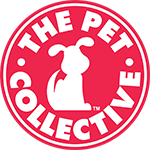 Who doesn’t love cute, fun, and funny pet videos? Need a midday break? Watch “24: Twenty-Fur,” the harrowing tale about the threat of chocolate being released into the water supply, or catch a parody of John Legend’s “All of Me” called “All of Meat.”

Since its launch in 2012, ThePetCollective (a branch of Fremantle Media) and its videos have been viewed millions and millions of times, and it’s easy to see why.

Creating timely, pop-culture relevant could-go-viral-at-any-minute content requires a quick turnaround. Most projects are developed, produced, and delivered in as little as a week. The team uses BCC AE in Premiere Pro CC to provide the finishing touches. (They previously used BCC in FCPX before the switch to Premiere Pro.)

Hill and his team use the BCC AE filters and its presets as a jumping off point, relying on the fine-grained parameter controls to achieve the desired outcome. Hill continues, “Boris FX plugins are a great complement to your editing environment of choice and cover everything you need to create quality, professional content, regardless of the distribution of platforms or outlets.”

Two of Hill’s favorite parts of his job? The original digital content that ThePetCollective serves up can be seen immediately by anyone anywhere in the world and the feedback is instant. He adds, “Plus, it’s always nice seeing view counts go up and knowing it’s a success. Who doesn’t love seeing their work for viral?” Two paws up!

Check out all their other instant pick-me-up videos at thepetcollective.tv .

Download a 14-day trial of the newly released BCC AE.