We recently talked with online editor & colorist Seth Buncher from Post Factory NY and online editor Randy Magalski from Chainsaw to find out how they currently use Boris FX. 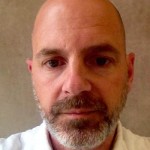 Seth Buncher is an experienced online editor & colorist whose proudest accomplishment has been finishing almost 300 episodes of A&E’s The First 48 .

“ The First 48 spends five days in online but that is a beast of a show. It’s a run and gun production,” notes Buncher. “I get assets of every conceivable frame rate and resolution from UHD to 320x240 surveillance footage often right next to each other in a timeline. BCC is my problem-solving toolbox . I ride the workhorse filters.”

“I use it to fix problems that arise from having a mishmash of  resolutions, frame rates, scan types, and bitrates,” continues Buncher. "BCC allows me to guarantee that every shot looks as great as it possibly can."

“When I have a show with thousands of effects like The First 48 , I plainly don't have time to leave the editing app to do work,” ends Buncher. “So round-tripping effects is out of the question except for the most extraordinary circumstances. Being able to drop a Boris Continuum effect on to a segment, see the change immediately, modify it to perfection, and move on to the next one is of primary importance to me.” 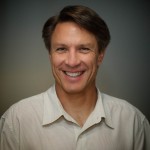 Randy Magalski is one of fourteen online editors at Chainsaw. The 30+ year industry veteran has been nominated for six Primetime Emmys.

“In online, we use visual effects in a variety of ways to polish and fix clips in practically every session,” says Magalski. “Although we use a wide variety of the tools within the Boris Continuum suite, there are a few we use consistently.”

Extruded Spline , to easily create 3D circles to highlight elements in a much more visually interesting and compelling way; Magic Sharp , an indispensable tool for improving focus-challenged shots and sharpening footage. The shallow depth of field that DSLR’s shoot, along with the plethora of cameras that are sent out into the field in less-than-ideal circumstances, means that we run across a fair amount of shots that require a little help; DeNoise , helps overly-compressed or poorly exposed clips; and Chroma Key , particularly helpful because you can combine it with other effects (Multi Filter Start/Mid/End), allowing for greater control than with Avid's SpectraMatte alone.

“BCC allows us to stay within Media Composer to create very high-end effects without sacrificing quality and while staying within the budgets and deadlines of our projects,” notes Magalski.